Have you ever considered the benefits of running on the brain? It’s common knowledge these days that the benefits of running encompass a wide variety of positive health effects. This can include increased muscle tone, improved cardiovascular fitness and often weight loss. However, when you’re sitting reading, working on the computer or listening to a long talk, do you ever struggle to absorb new information? New research has indicated that aerobic exercise such as running can promote the growth of neurons (neurogenesis). This occurs within the hippocampus of the brain which can enhance your ability to learn and perform spatially complex tasks.

The research studied the effects of sustained running, high-intensity interval training (HIT) and resistance training in rats over a period of six to eight weeks. Throughout the study, the level of neurogenesis within the hippocampus was examined.

The benefits of running on the brain:

used had either a genetically high response to aerobic training (HRT) or a low response to aerobic training (LRT).
The results indicated that, the rats which ran for a sustained period of time and which had a genetically HRT, showed increased neurogenesis. This was in comparison to the sedentary rats. Indeed, when compared to sedentary rats, the number of new neurons grown within the hippocampus was three times greater. However, the effects of HIT on neurogenesis was only small. Meanwhile, resistance training had no effect at all on neuron growth.

The results therefore indicate that sustained aerobic exercise can promote neurogenesis. Thus, it can increase the number of new neurons within the hippocampus. This neuron growth is important. It not only maximises learning ability but improves the ability to perform spatially complex tasks.

If you’re trying to absorb information or are struggling to learn a new skill, going for a long run therefore appears to be a good idea to promote brain activity. The benefits of running are not therefore limited to leaner muscles and cardiovascular fitness! 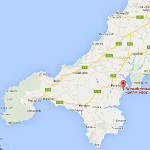 We are based at 14 Grovehill Drive, Falmouth, TR11 3HS.
Make an Appointment
Book Online